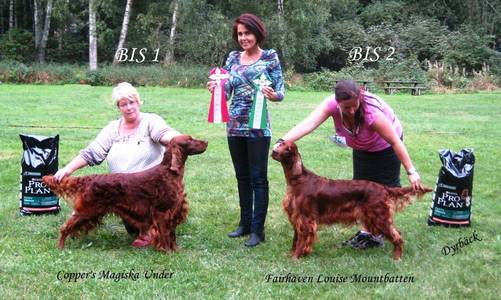 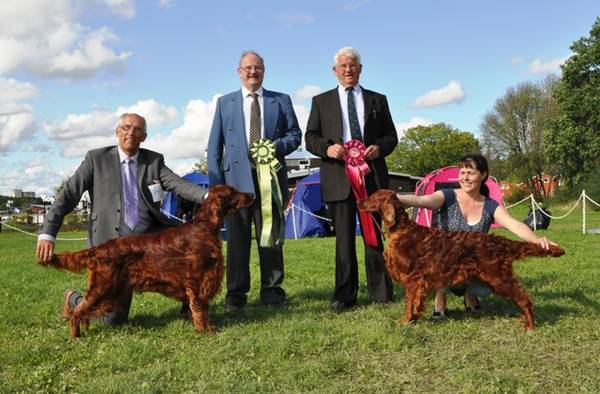 BIR-valp/BIS-valp Copper’s Me And My Bubble 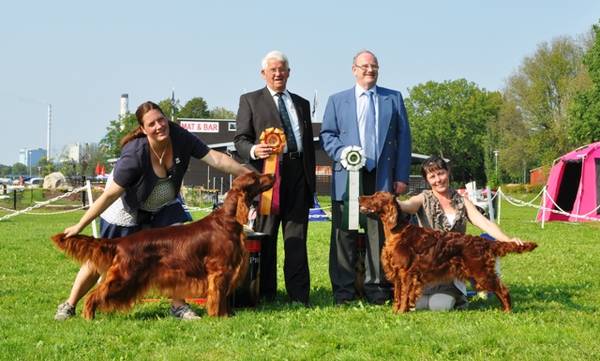 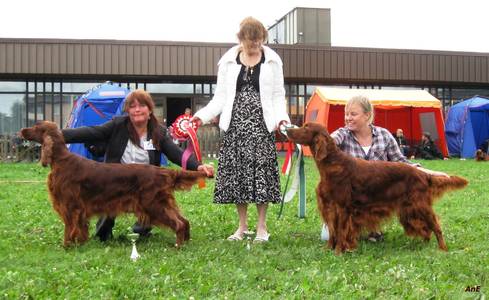 Brenda’s Corriecas kennel was established in 1963. The affix is derived from a gully in the Cairngorm Mountains where Brenda, whilst on a skiing holiday, saw an Irish Setter for the first time. The basic Corriecas bloodline stemmed from Raycroft/Hartsbourne/Brendower stock.

Brenda first gave tickets at Leicester in 1974, when she awarded the dog CC to Fearnley Firespark and the bitch CC to Sh Ch Marrona Meriel. Since then she has awarded CCs many time, and had the honour of judging bitches at Crufts in 1982. Brenda is an international judge and has judged at numerous championship shows abroad, including in Ireland, Sweden, Belgium, Malta and Germany, and she judged at the very first gundog show of the Association for Hunting and Conservation in Malta.

Brenda has served on the Irish Setter Breeders Club committee in the 1970s, and was treasurer of Edwinstowe & District Canine Society (Notts) for a number of years.

Crufts Reserve Best in Show at that prestigious show. The year was 1983 and the dog was Brenda Levick’s home-bred Show Champion Corriecas Fagan.